Keeping ahead of the curve is second nature to our team of expert editors and writers. And in 2019 their instinct for spotting the stories and trends that would impact their readers’ worlds during the year resulted in a broad spectrum of unmissable content. Relevant not only to members of the organisations Redactive’s magazines and journals serve. But also engaging and of interest to people outside those professions. Here the team share just some of the big issues that were tackled head on.

First Voice, published on behalf of the Federation of Small Businesses
‘Making Tax Digital’ was one of the biggest initiatives to hit the small business sector in years. It would mean any small firm that is VAT registered (so turning over £85,000 or more) would need to register for the new system and to keep digital records of their accounts. For many, this would be the first time they had gone beyond using a spreadsheet but, while there would be costs as a result of having to upgrade to software packages, there would also be efficiency benefits.

Our cover feature in the January-March edition aimed to inform readers on just what they needed to do and when, and how to take advantage of the opportunities this would present. It was well received by readers and we received many emails in response to it; some grateful for the advice and others inherently hostile to the concept. It would go on to drive significant traffic to the First Voice website when used as the lead story on the newsmail, and demonstrated just how we can help readers meet an additional challenge of which many were unaware until just before the rules came into effect. We ran a webinar on the subject in association with Sage, which attracted hundreds of views. And the combined activity helped position FSB as a source of authoritative and practical advice, just at the point when members were most in need of it.
Nick Martindale, editor

IBMS Biopod, produced for the Institute of Biomedical Science
The IBMS is constantly seeking new ways to deliver engaging and easy-to-access digital content that will support its members’ continuing professional development (CPD). So in 2019 we started producing a monthly podcast for members, which can be used for CPD and to take the conversation and debate started in the magazine off the page and onto people’s smartphones. Each episode features experts from the field discussing their research and talking about the latest developments. Two podcasts in, covering ‘Point of Care Testing’ and ‘Virology’, and we are getting great listener figures, which we expect to get even stronger in the new year as awareness of this new offering increases.
Rob Dabrowski, editor

Facilitate, published on behalf of the Institute of Workplace and Facilities Management
In May we threw buckets of cold water over four perfectly inoffensive and actually quite charming facilities managers. The very fact that they agreed to it – we were playing on the propensity of young FMs to (ice bucket) ‘challenge’ themselves through new forms of professional development – brought home to us the extraordinary character of the young IWFM members that are making up an increasing number of our readers these days.

As well as our four soaked subjects the project involved a studio, a paddling pool and a photographer capable of isolating the moment of impact. Oh yes, and plenty of towels. Looking back, it all worked out – but I still can’t believe we pulled it off.

Needless to say the pictures and slo-mo videos of this event made waves (oh, please) on social media. It raised many a smile, but more client-specifically we also ended up with a powerful piece of content to support and augment the findings of IWFM’s important annual pay and prospects survey.
Martin Read, editor

Community Practitioner, produced on behalf of Unite-CPHVA
Knife crime, period poverty, male suicide, trans children, health inequalities, climate change, social media pitfalls – all pressing concerns. And all subjects you’d expect to read about in leading newspapers. The latest analysis on all of these topics and more can also be found in Community Practitioner – the journal of the Community Practitioners’ and Health Visitors’ Association. Often explored in-depth before they hit the mainstream agenda, or just as the areas are gaining traction.

Only earlier in 2019 did the government announce it would offer free sanitary products to all primary and secondary schools and colleges in England from early 2020 (Wales followed suit, while Scotland introduced the scheme in 2018). That’s a subject that was covered in Community Practitioner back in July 2017 by the young (and mighty) campaigner Amika George. And Period Poverty has since been covered several times in the journal by leading journalists.

And just after we published a feature in Community Practitioner on the epidemic of loneliness in the UK, the first minister for loneliness was announced.

This timely coverage of hard-hitting issues is no coincidence. Community practitioners work to safeguard the nation’s health from early on – so the issues affecting the wellbeing of the UK are highly relevant to the journal’s readership. It’s why the journal can retain its appeal to both members and those outside of the profession. It carries high quality journalism on topical health and social issues relevant to all, alongside more clinical and practical articles.

We look forward to being there for all that 2020 brings, and making sure that members are among the first in the know.
Aviva Attias, editor

The Planner, published on behalf of the Royal Town Planning Institute
On March 8, to coincide with International Women’s Day, we released The Planner’s Women of Influence list on our website – our annual run down of 50 inspirational women working in and around planning. It’s a fantastic engagement tool: almost 200 different women were nominated by around 400 readers this year, and the list generated hundreds of social media comments.

We started Women of Influence spontaneously to raise the profile of women in a traditionally male sector and it’s really taken off. It also provides a platform for us to support our client’s objective of increasing diversity within planning – this year our entire March issue was themed around this topic. This followed a careers-themed issue in February. We’re challenging the profession to take a good look at its recruitment and staff development practices, and we have our client’s blessing to do so.
Martin Read, editor

Salonfocus, published on behalf of the National Hair & Beauty Federation (NHBF)
Shorter, sharper content… Engaging… Simplified… Created with impact and appeal to capture the interest and imaginations of a very visual membership… Oh and a shift in emphasis from the traditional news-based start to the ‘top things to know this issue’. Just a brief insight into the remit of a new contract win (at the end of 2018) for the UK’s salon and barbershop owners.

So 2019 saw us trying to achieve all this within a three-month timeframe. And we did it.

The magazine was restructured with logical sections, improving the flow. New regular pages were introduced such as the ‘Mood board’, which inspires readers to Instagram their own images with #salonfocus, trends and a step-by-step guide; and the content was stripped back with new angles taken on subjects revisited. Top tips, dos and don’ts, checklists, stats and infographics combined with bold colours, headshots and striking imagery to create an award-winning publication. What’s more, so soon in our relationship with NHBF we won ‘Magazine of the Year’ at the Trade Association Forum’s (TAF) Best Practice Awards 2019 in July.

The client had asked for a more engaging, simplified and visually attractive publication for salon and barbershop owners. The TAF thought we delivered – it said the magazine understood its audience and showed ‘clear editorial vision and is visually compelling’ and that it shows members ‘the tangible value and benefit of belonging to the NHBF’.  All in all, a pretty good outcome.

This might not be a single piece of content that rocked our world this year… It had to be an entire publication!
Emma Godfrey, editor

If you’re interested in discussing how Redactive could connect you with your customers or members, please get in touch with our Head of Business Development, Daniel Butcher at [email protected] or call +44 (0)207324 2728. 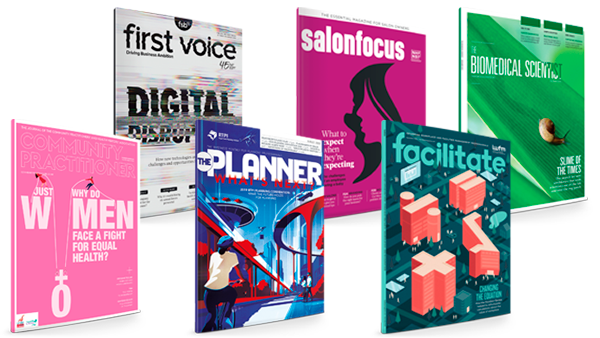 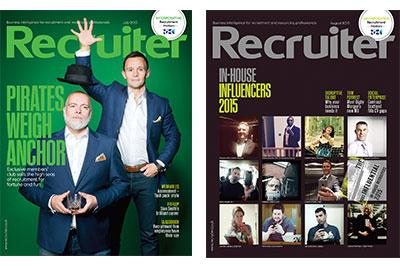